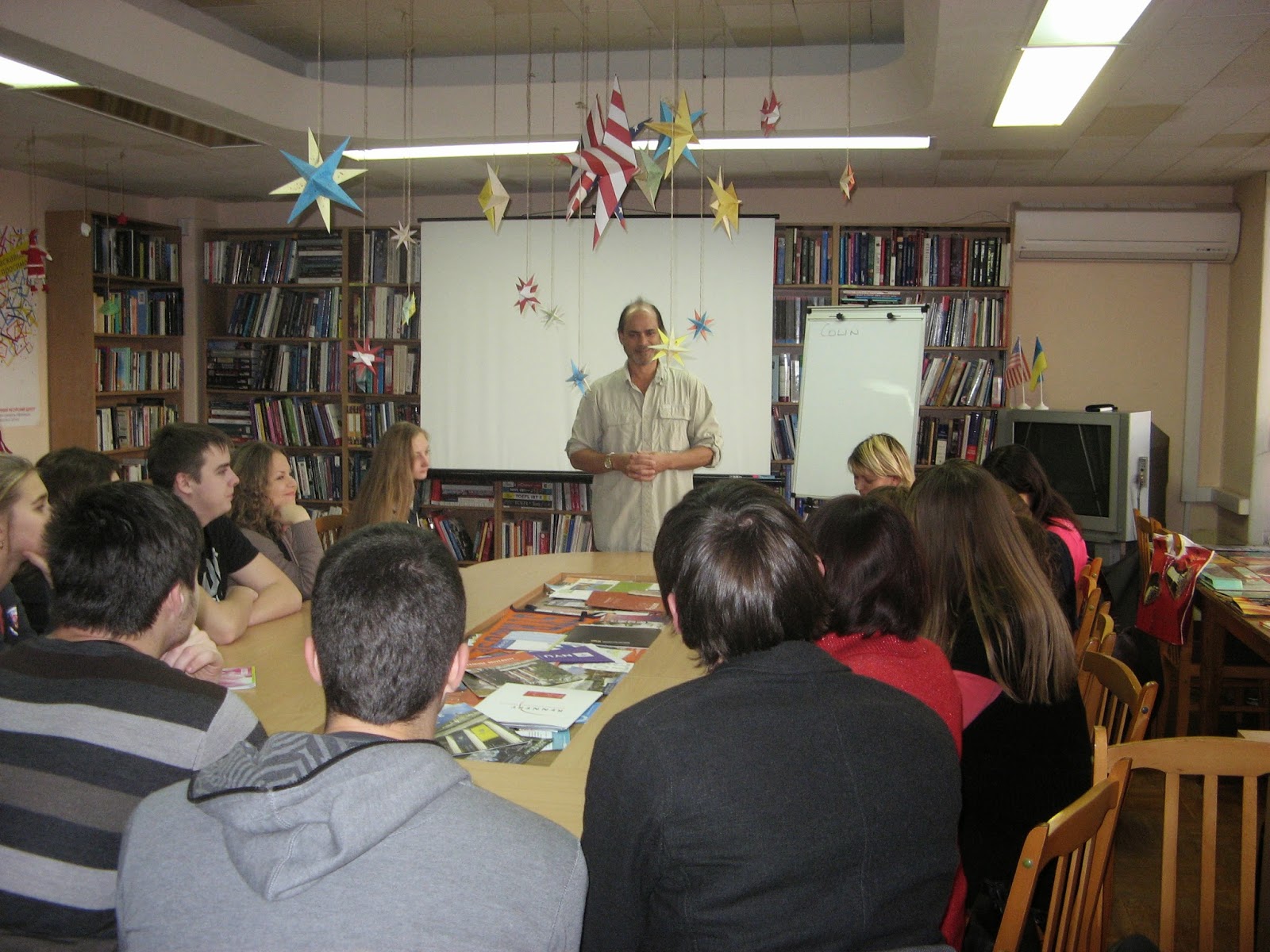 The English Speaking Club again began its work In December 2014.  Now it is led by Australian citizen Colin Palmer. There were three meetings of the club in December. The first meeting took place on the 13th of December. Colin introduced himself and acquainted with the people. The second meeting was on the 20th of December. Its topic was “Why do you learn English”? Everybody was asked and answered. Some people learn English in order to pass different kinds of exams, some for the better communication with foreigners while travelling to the English speaking countries and of course it is learned just for fun and pleasure of reading books in English or watching movies in it etc.  During the third meeting on the 27th of December the members of the club played the board game “Scrabble”.
Автор: Window on America center на 23:55 Комментариев нет: